I was asked a year ago if I would present a short talk at a Faith and Grief Gathering this fall. I’m pretty sure the person who made the request thought I would use excerpts from the book I had just published about aging and dying. I had a very long time to consider the topic of the short talk…over a year. 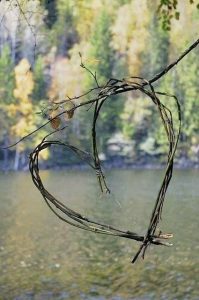 I chose instead to tell the following story… a story about a mother’s love, my experience with grief and gratitude, a story of my own.

It was a beautiful and sunny day… perfect weather for celebrating the birthday of a best buddy and avid golfer. On hole #12, my son, Cameron, a senior in high school, showed up with a friend. I remember thinking, “he’s going to ask for money!” This was going to be a long summer.

With his charming blue eyes and a strong hug, he asked me if he could drive to Columbia and help his good buddy, Dominic, move back to KC. Dom was a year older and finishing his freshman year at MU. “He’s moving in with his dad for the summer. His mom lives in California and his car won’t hold all his stuff. He needs my Jeep.” I thought of the times before when he had asked to go and visit Dominic, when I had said, “No. You have no interest in attending MU. You will get into trouble. You will mess up your own college plans.”

I rarely made decisions like this without consulting David but Cameron was 18 years old and leaving for college soon, himself.  We should trust him. “Wear your seat belt. Don’t speed. And, once you’re at the Sigma Chi House, don’t move your car. Walk or ride with Dominic.” Off he went with a huge grin on his face.

David came home later that Friday afternoon, and I let him know where Cam was for the weekend. He was not happy that I had given our son permission without consulting him. He knew better than I what 18-year old boys would do.

The phone rings. David answers. A young girl says there has been a fire at the Sigma Chi House and that Cameron is headed for the hospital. She thinks he will be okay but Dominic hadn’t been found. I feel David’s eyes on me as we speed down the highway, feeling somehow, I am at fault.

We pull into the fraternity parking lot. There is red tape everywhere. The fraternity house has obvious fire damage to one upstairs corner. There are only a few cars in the parking lot, Cameron and Dominic’s are obvious. We find a fireman, who tells us there has been one fatality and others are at the local hospital to be checked. We rush there. We see our son in the emergency room, ashen gray, still dressed in his jeans and a white tee shirt that has fresh burn marks on it. Eventually we are told that he had suffered smoke inhalation and would be fine to go home soon.

I knew in my heart that Dominic had been the fatality.

Back in Kansas City, we explained to our two younger daughters, 13 and 16, that Dominic had not survived the fire, but by some miracle his roommate, John, and Cameron had made it out of the fiery blaze. We later learned that Cameron had crawled into the hall and was found unconscious as a fellow fraternity brother ran up the stairs to try and throw water onto the fire and look for Dominic in one final attempt. Others had not known that Cameron had stayed overnight, quite frankly they hadn’t even known his name but knew he was a friend of Dominic’s. Later when there were interviews about the fire, he was referred to only as the quiet one.

I know that I struggled. I had horrible migraines. I spent a lot of time in my bedroom with the shades pulled. I felt anxious. I didn’t know what to do for Dominic’s family. I heard his dad lived in Kansas City, was newly remarried and expecting a baby with his new wife. I actually had never met Donna, Dominic’s mom, but understood she had waited to move to California and remarry after Dominic graduated high school and began college. The day after Dominic died had been Mother’s Day.

I received a call from the mom of one of Cameron’s high school friend’s; that her daughter was concerned about Cameron. She had shared with her mother that Cameron was having a hard time sleeping in the pledge quarters at the fraternity house and suffered from fear that something bad could happen to him.

I called him that day and more often than I had been. I told him that his dad and I were there if he needed us. I offered that we could see a counselor. But, we did not talk about Dominic’s death. I know now we both avoided it, but I know also there was pain in our silence. Cameron always told me that he was fine.

David and I took him away at his winter break. Just the three of us visited a resort in Mexico for an entire week. He worked out a lot. He was elusive in some ways but seemed healthy and happy. We felt a lot of relief as we headed back to Kansas City and readied Cameron to return to college to complete his freshman year. 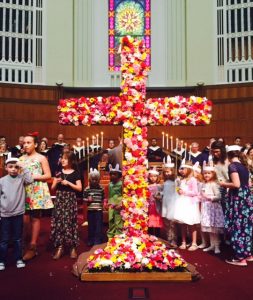 My heart continued to feel broken. I had thoughts of Dominic’s mother missing her son. I felt badly that I got to see, feel, touch, and love my son, whom I had always adored. I joined a prayer group and managed to share my feelings.

I eventually found out how to contact his mother. I learned that she was Catholic. I knew that I wanted to give up feeling so overwhelmed with remorse. I came to believe that maybe I could pray to God that I might bear some of her grief.

I eventually called her and asked her if I could pray for her daily during Lent. I’m not Catholic but Episcopalian, and we observe the season of Lent as a time of self-reflection. I didn’t tell her that I wanted to pray that God would ease her pain and give some of it to me. I prayed alone each day and asked for my tears to take the place of hers. I wrote her notes and called her several times during those long and hard, forty-plus days.

To say that I cried a river would be an understatement.  The more I cried, the less broken I felt. 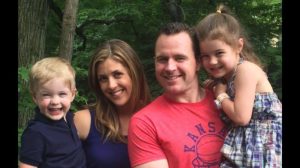 I don’t worry as much about Cameron. He is married to an amazing woman, Beth, and they have two children, Ella, 6, and Henry, almost 4. Cameron has worn a Saint Christopher medal daily since 1999. It is inscribed with the date, May 8, 1999. I believe this tragedy is always close to his heart, but that’s his story to tell.

The last 15 years of my life has been an attempt to live life wholeheartedly. I know that only God knows what is ahead. For me, I:

Each Lent, I think about Donna Henson, Dominic’s mother. I pray that she feels peace and knows that she was a great mom. I know the hole she feels in her heart is something I cannot understand. I thank her for being so strong.

Frequently I walk by the children’s playground at Visitation Grade School near our home. It is dedicated and named after Dominic Passentino. I rub the bronze picture of Dom and now cry fewer tears. I know that I will never forget that the life he lost spared our son. I thank him for being so brave.